The third wave of culture is upon us. The first wave was experienced at the end of 19th century and the beginning of the 20th century, when the framework for cultural heritage was established and linked to nationalism. The second wave hit between the 1970s and the 1990s, when industrial capitalism was questioned and the political nature of culture was highlighted. At present, with the arrival of AI—which radically questions the concept of humanity—culture is being reexamined as the last bastion of humanity.
These waves do not stop reverberating after a set period of time. In fact, nationalism, problematized by the first wave, and the relationship between identity politics and culture, problematized by the second wave, interact with the third wave with certain repercussions. In other words, the present is a period in which culture is vibrant and lively, driven by different values such as nationality, local identity, and humanity.
On the other hand, what signifies culture remains diverse. Even if culture is the key to understanding a period, it will not be defined by a consensus in the near future. Elitist artistic culture has been covered by literature studies and aesthetics; culture as a lifestyle has by Romanticism and cultural anthropology; and popular culture under industrial capitalism has by cultural studies. All of them have their own realities while echoing each other. However, in the current contemporary society that lives in the third wave, culture as a general system of lifestyle has been relatively weakened. What has strengthened instead is artistic culture and popular culture, packaged by various copying technologies (including VR technology that is not necessarily digital) and circulated as icons. Culture as a lifestyle that is hardly considered iconic is packaged and circulated as intangible cultural heritage in contemporary society. Due to this, life culture, a topic widely discussed in cultural anthropology, is problematized particularly in reference to themes such as cultural heritage and museums that steward it as well as artistic and popular culture.
The proposed project sheds light on the local and political dimension, where the value of cultural heritage is built, in reference to social relations developed around it. It also examines whether these cultural heritages can be representatives of humanity as a contemporary value; in other words whether cultural heritage born in a local context can assume universality. Here, what cultural heritage refers to is not limited to concepts authorized by UNESCO etc. but inclusive of all perceptible expressions that accumulate and reflect human intangible endeavor. This project empirically examines how cultural heritage behaves under the influence of not only nationality or local identity but also humanity.

When it comes to cultural heritage, there has been much debate on local identity and nationality; indeed, it has been the main topic in cultural studies, although not many people yet regard cultural heritage as the last redoubt of humanity. This is because social scientists and humanists do not reflect the progress of natural science. One prediction based on a natural-scientific theory is that artificial intelligence will attain singularity in 2045 and we will have to reconsider human ontology itself. People have gradually come to perceive culture as a concept that cannot be understood by development of artificial intelligence. In this regard, it is becoming increasingly important for social scientists and humanists in general to rethink cultural heritage and the movements of the communities that preserve it. They are also called upon to explore how such movements can reinforce local identities and traditional nationalities. This study aims to spearhead research in this unexplored field and it is expected to be favorably received as a matter of great interest. 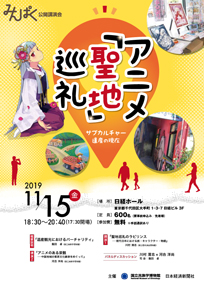